Only stoves that meet the ecodesign standard can be legally sold from the start of 2022 in the UK and EU, but experts said the regulation was shockingly weak.

The report used data on the emissions produced by stoves in perfect laboratory conditions and the pollution could be even higher in everyday use, the researchers said, with older stoves being much worse.

Tiny particle pollution – called PM2.5 – is especially harmful to health as it can pass through the lungs into the bloodstream and then be carried around the body and lodge in organs. At least 40 ,000 early deaths a year are attributed to wood burning in Europe.

“The most surprising thing was how weak the ecodesign regulation is, that was really shocking for me,” said Kåre Press-Kristensen, the lead author of the analysis and senior adviser at the Green Transition Denmark NGO. “It means a new wood stove, fulfilling the strictest regulation we have and burning just one kilogramme of wood under optimal conditions, will pollute one million cubic metres of completely clean air up to the World Health Organization’s [new] guideline level.”

The report said the use of wood burning stoves should end in order to tackle deadly air pollution and boost health, with heat pumps and district heat networks deployed instead. “The green transition is actually about stopping burning things,” Press-Kristensen said.

Domestic wood burning is the single biggest source of PM2.5 air pollution in the UK, producing three times more pollution than road traffic. The situation is the same in the EU, with home stoves emitting about half of all PM2.5 and soot. Just 8% of the UK population uses wood burners and many are affluent people choosing a wood fire for aesthetic reasons, rather than to heat their home.

The report, published by the European Environmental Bureau, uses official data from Denmark produced under the requirements of a UN air pollution treaty. The ecodesign standard was developed by the EU and allows wood stoves to emit 375g of PM2.5 for every gigajoule (GJ) of energy produced. In contrast, the latest standard for HGVs is 0.5g per GJ.

“It is clear that particle pollution from wood stoves and boilers is heavily under-regulated in comparison to the regulation of trucks,” the report said. Nordic Swan, the official ecolabel of Nordic countries, allows wood stoves to emit 150g per GJ, which is 300 times more than a modern HGV.

The big disparity in pollution levels is because combustion in HGV engines is carefully controlled and technological solutions, including filters and catalytic converters that capture pollution, are required by law. In contrast, burning wood in stoves involves many uncontrolled factors such as air flow and fuel quantity and quality.

“Everybody has been focusing on traffic and power plants for the last 20-30 years and that’s great,” said Press-Kristensen. “But nothing was really done to prevent the pollution from wood stoves.”

Prof Alison Tomlin, at the University of Leeds, said: “This valuable report highlights the impact that the domestic burning of solid fuels has on pollution. It shows that burning even dry wood and smokeless coal in an eco-stove leads to particularly high PM2.5 emissions relative to other forms of household heating.”

“At a time of rising gas prices, householders might be tempted to switch to solid fuels,” she said. However, this report shows that better insulating our homes, and switching to cleaner forms of heating, is far more beneficial for health and the climate,” Tomlin said.

Gary Fuller, at Imperial College London and UKRI Clean Air Champion, said: “96% of UK homes that burn wood have other types of heating. Is it fair that vehicle and factory owners are paying for technology to control air pollution while others are adding to it by burning solid fuels?”

A 2017 report by the government’s air quality expert group assessed the grams emitted an hour from ecodesign stoves and found it to be six times higher than HGVs. “You would be rightly up in arms if six lorries were driving in your street each evening, but we have normalised home wood burning” Fuller said.

The UK government has no plans to restrict the use of wood burners but a ban on the retail sale of highly polluting wet wood came into force in May.

“Air pollution has reduced significantly since 2010, with PM2.5 emissions falling by 11%,” said an environment department spokesperson. She said the environment bill currently in parliament “will make it easier for local authorities to tackle pollution from domestic burning by providing powers to issue [fines] for smoke emissions.”

Wood burners also triple the level of harmful pollution inside homes and should be sold with a health warning, said the scientist behind a study published in December. The researchers advised that the stoves should not be used around elderly people or children. 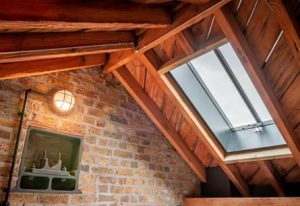 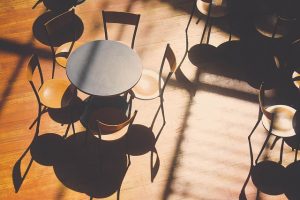 The Helpful Guide To Choosing The Perfect Hardwood Floors

cash for cars near me

towing services near me

car service near me 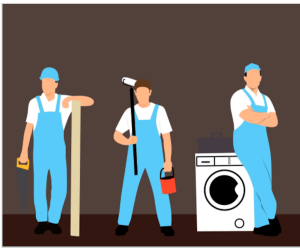 4 Tips For Building A New Driveway

The CasiTa in Phoenix Comes With Huge Pivoting Glass Door